Four parallel cable crane systems transport big quantities of concrete in a short-time period for the construction of a dam. 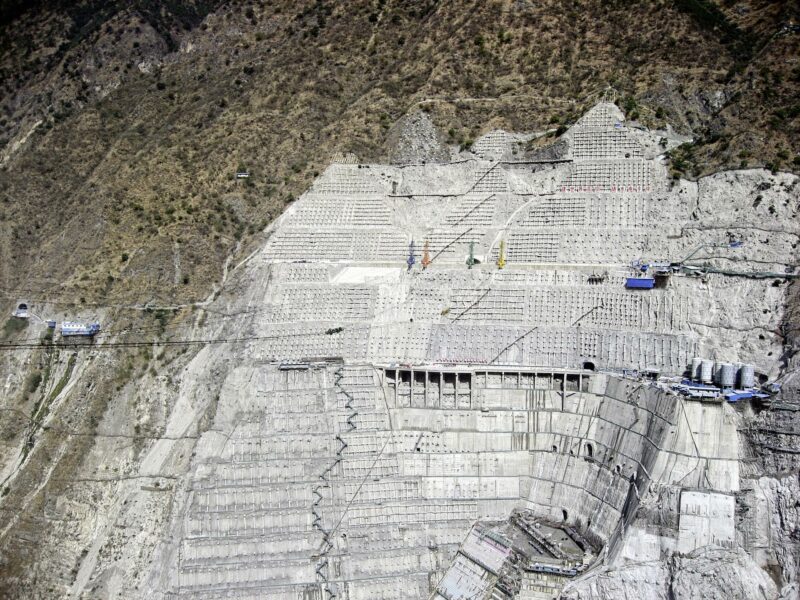 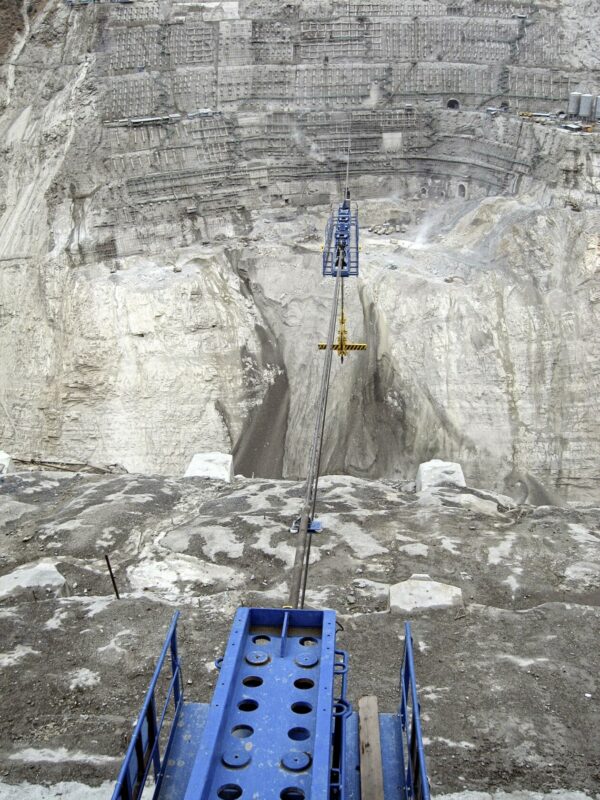 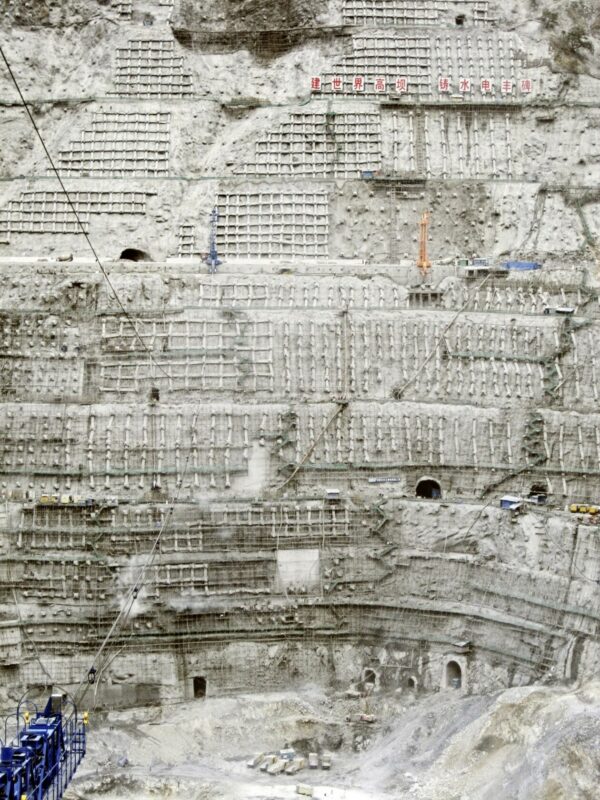 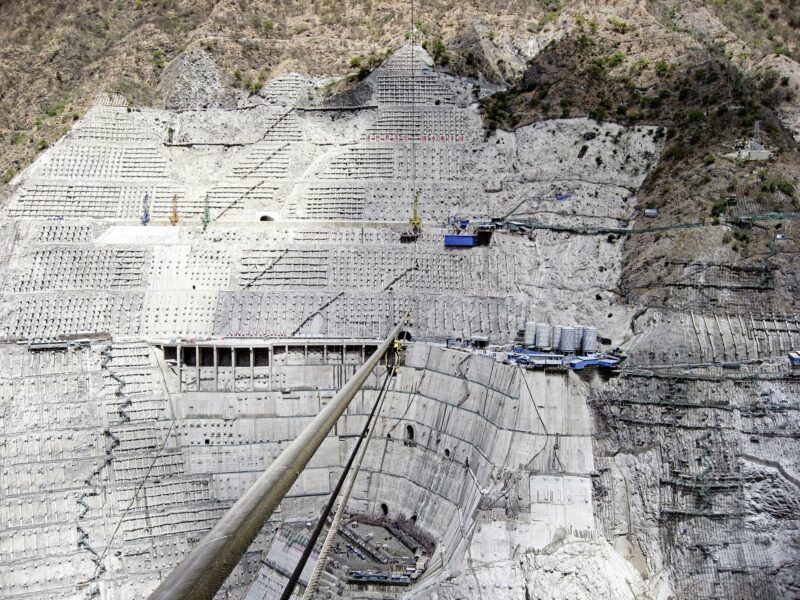 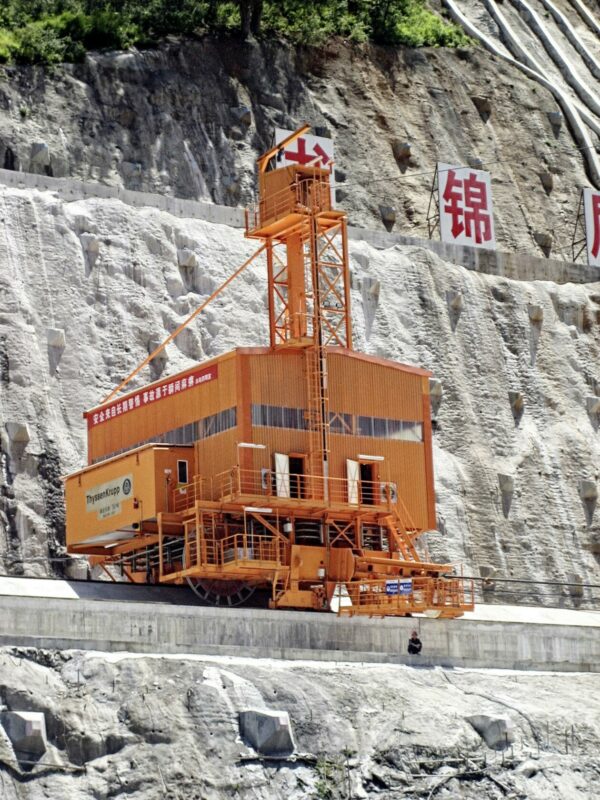 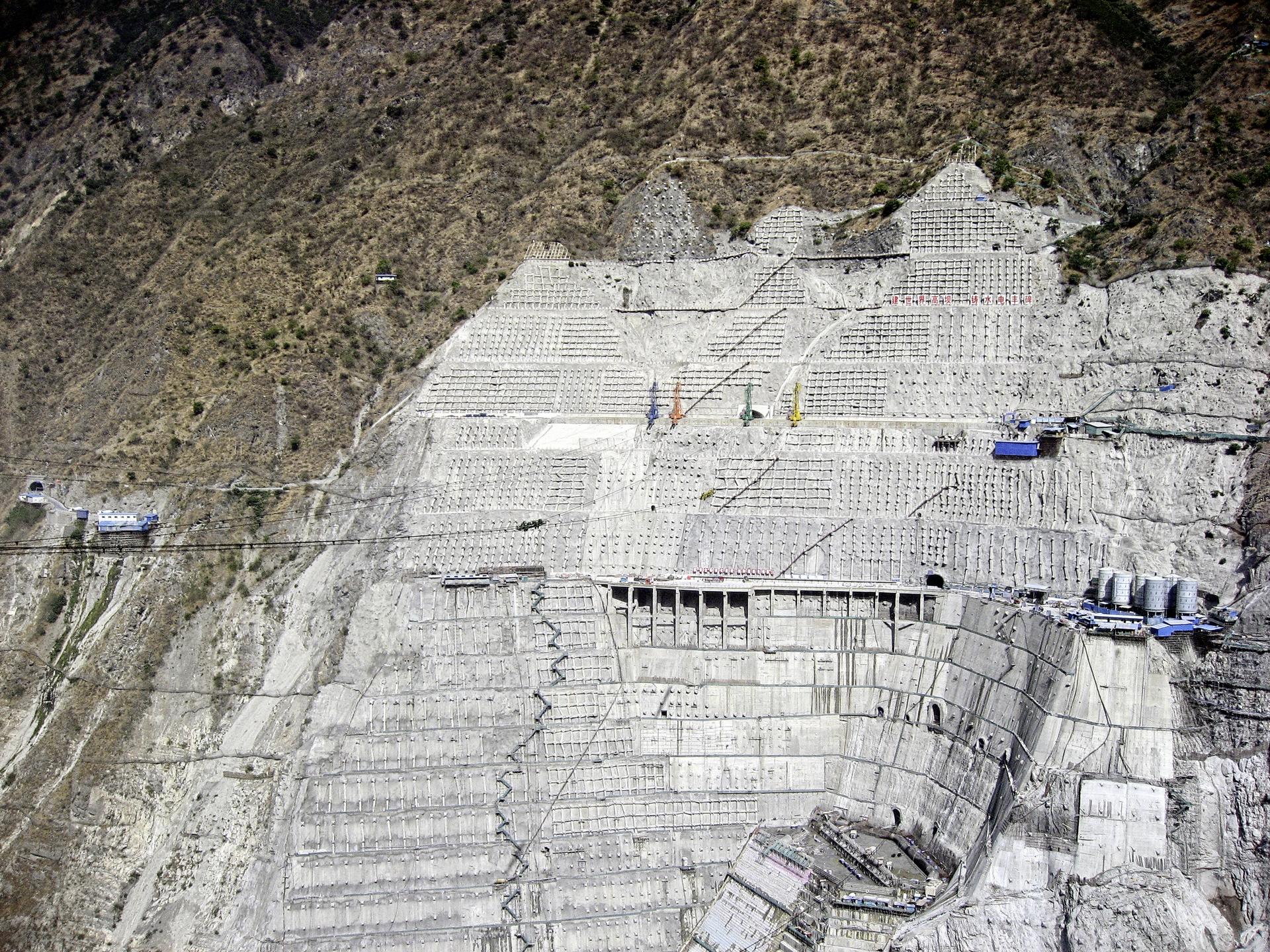 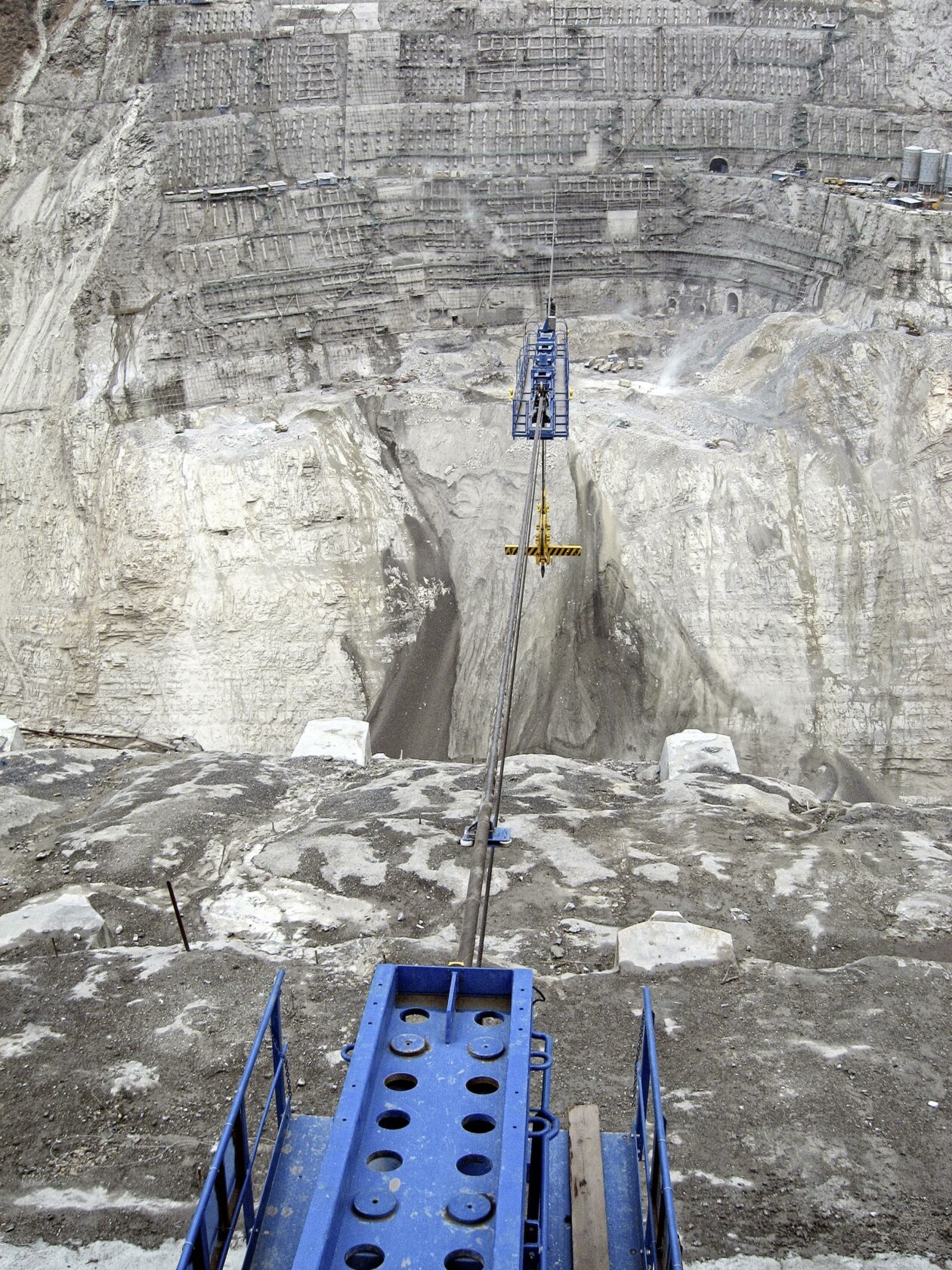 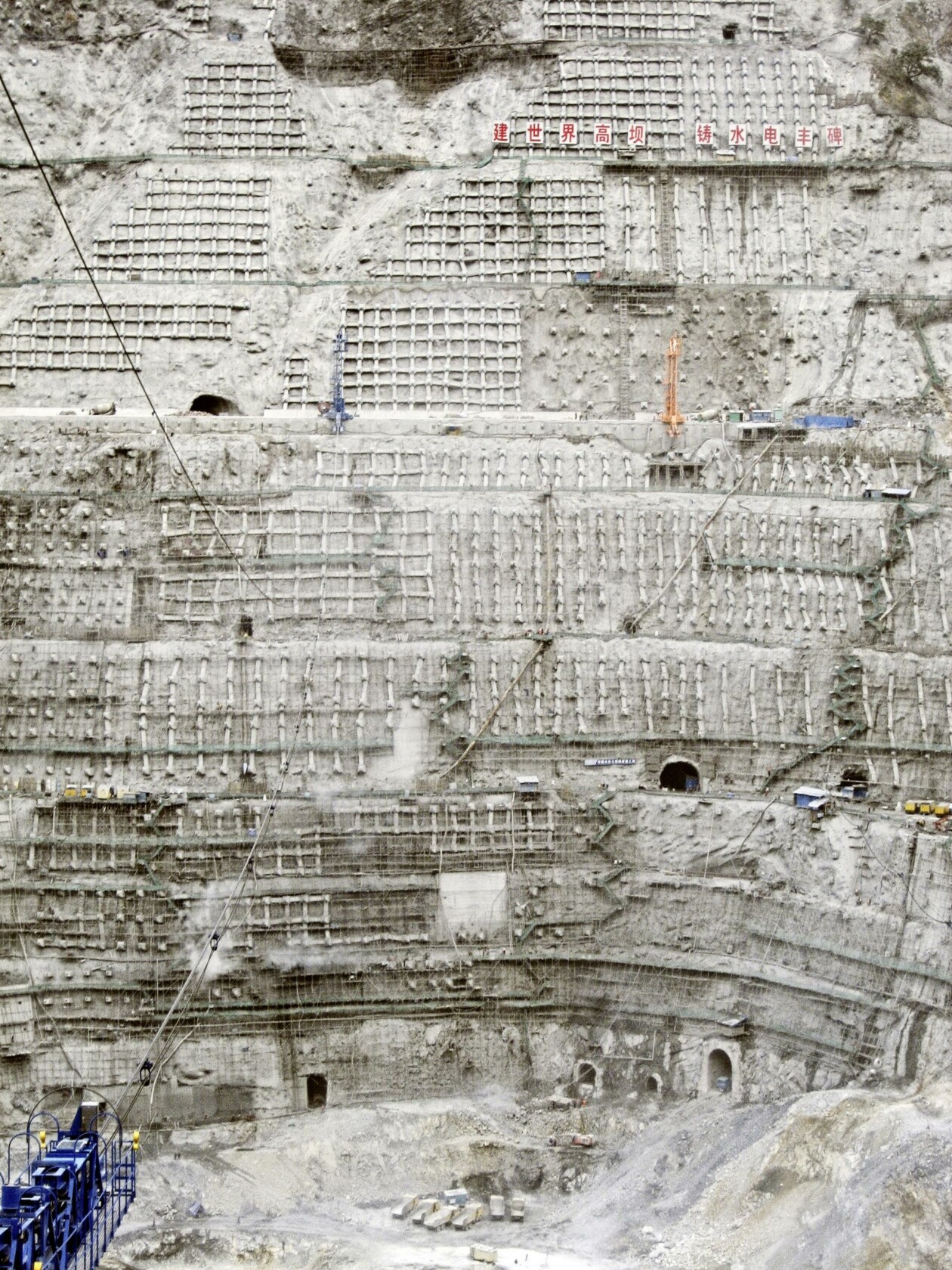 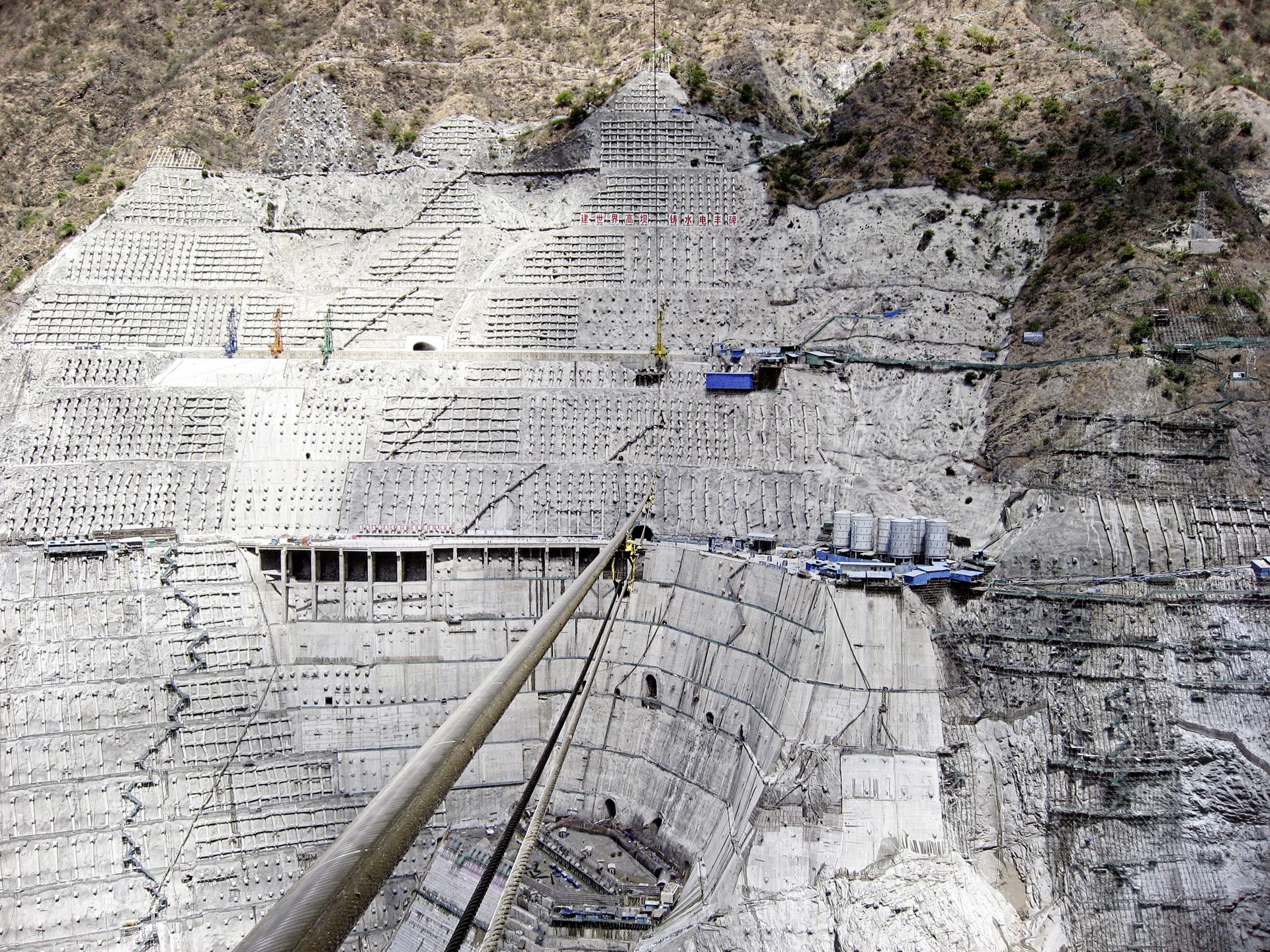 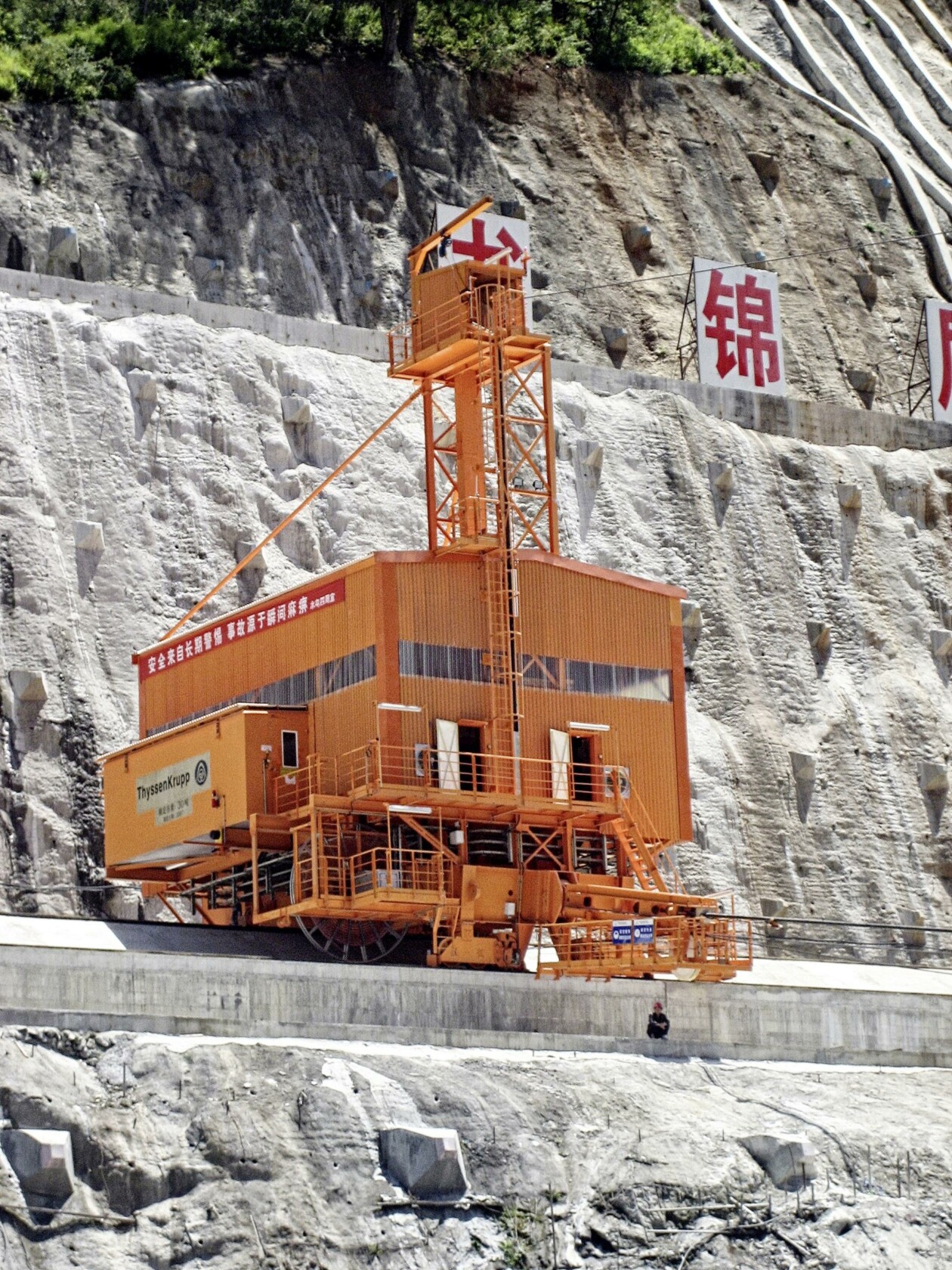 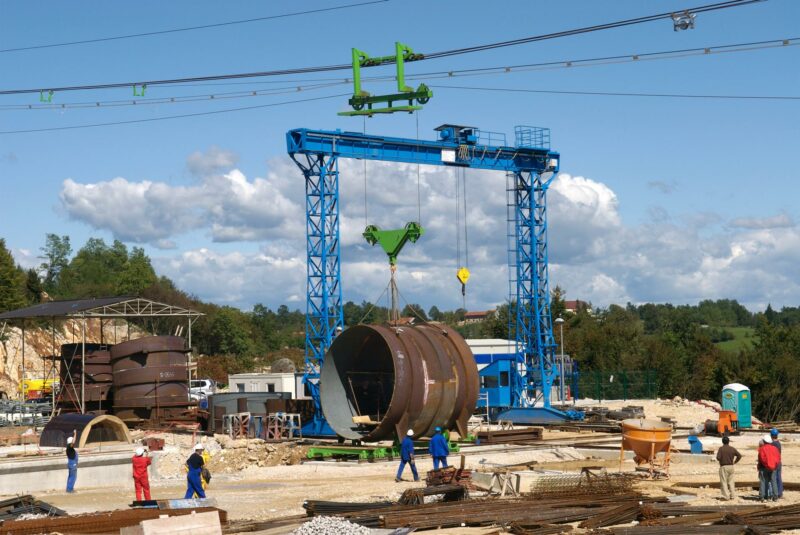 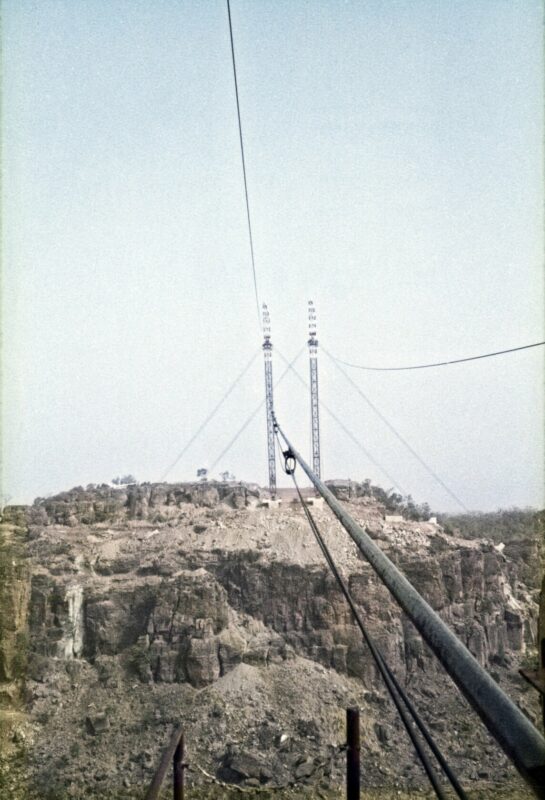 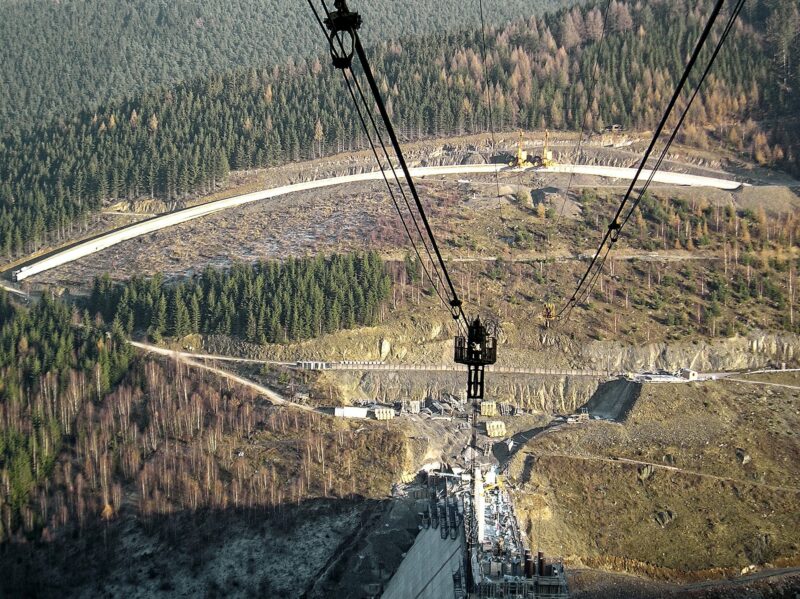